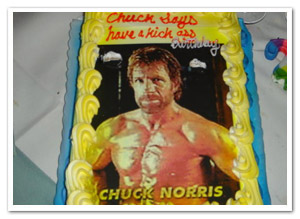 The first post on this blog dates from May 4th, 2008, so I thought it fitting to look back at the year that has passed since then.

Over the time I’ve done some experiments/projects that, when I look back at them, make me think “What was I thinking?!”. On the other hand, there are luckily a few of which I’m actually proud, or at least content with how they turned out – whether they were practically useful or not (which is not exactly always my goal). A lot of the things I did, I did as a way to learn. As such there was Wick3d, a (now defunct) basic 3d engine to rehash my algebra (actually, I worked on it some more after the last update without comitting anything to svn). And of course Pixel Bender came along, giving me a whole new area to explore, as did Alchemy.

I do feel I learned quite a bit, but at the same time it seems with everything I learn, there’s twice as much I still need to study. Feels like a constant battle against ineptitude, especially when talking to those who actually seem to know what they’re talking about ;)

Lastly, I’d like to pass some more updates on Farbe. I recently made some updates implementing oil paint and airbrush. There’s still so much work to do before it can go public, but soon it will be time to look for a Flex UI-designer/skin artist. If you know or are anyone with experience, send me a hoot with some examples! AS3/MXML/CSS experience is a must of course :) Just keep in mind, the project is free and will likely be open-sourced eventually (which is also a cheap way of saying: no money involved ;) ). If you follow me on Twitter, you might have seen some demo pictures being tweeted. Those that haven’t: here’s some previews of Farbe simulating pencils (1, 2), oil paint and airbrush.

Off towards another year! Thanks to all you readers!

4 thoughts on “One year later: a short retrospective”