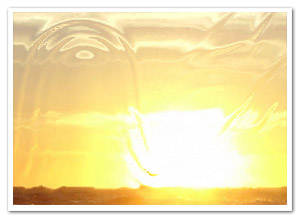 When looking at my blog stats, the most popular post by far is the old Ripple effect I did some time ago, which was based on an old demoscene trick. For a while, I’ve wanted to do a more physically correct version based on shallow water equations. Since the watercolour effect I did was based on a similar variation (as well as the image bleeding in the previous post), I decided to throw together a quick test to see if it could be turned into a new iteration of the old ripple effect. It’s mainly done for sake of experimentation, and if you really want a ripple effect I suggest using the prior one. Although the dynamics are more interesting, this one is slower, but I’m pretty happy with the performance considering the amount of calculations and the grid size (the demo has a grid of 200×200).

Some day I might try out a sim with the real shallow water equations, just in case you haven’t gotten violently sick from all the fluid simulations lately (I haven’t, as seems) :D

38 thoughts on “Return of the ripples! Shallow water simulation with Pixel Bender.”